On Sunday September 12, the Orgelpark featured the composer's portrait of Ig Henneman. In 2020, the composer and viola player turned 75 and that had to be celebrated. For this concert, Henneman put together a special program consisting of three premieres, improvisations, earlier work and poems. Henneman took care of the compositions and she herself could be heard on the viola. In addition, she had invited another 10 musicians and a poet who could be heard in different line-ups.

Afterwards, Henneman was surprised by a speech by Touria Meliani, alderman of Amsterdam for, among other things, Art & Culture. It didn't stop there, because Henneman received the award Knight in the Order of Oranje-Nassau. She received this award because of her major contribution in the field of contemporary and improvised music as a violist, band leader and composer, according to the Municipality of Amsterdam. 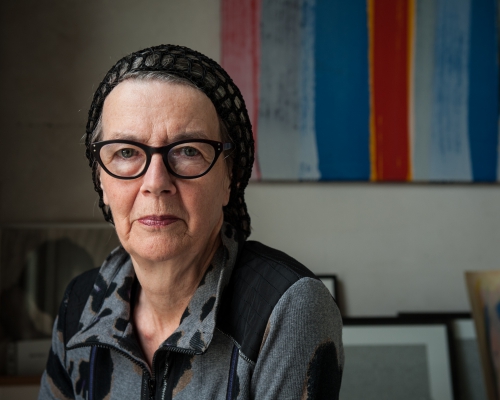