The piano was built in 2002. After a previous life as an exposition instrument of the Sauter firm, the grand piano has been fully revised. The Orgelpark acquired the instrument in 2006.

The choice for this grand piano has everything to do with the acoustics in the Orgelpark: spacious, and with a certain accent on the higher frequencies. Considering that the usual contemporary concert pianos have a sharp sound in the upper part of the clavier – they, after all, have to sound in concert halls full of velvet, which muffles the higher frequencies – the Orgelpark was specifically looking for a different grand piano with a slightly more elegant sound in the upper part of the clavier. This characteristic and the outstandingly beautiful basses were reasons for purchasing this specific grand piano. 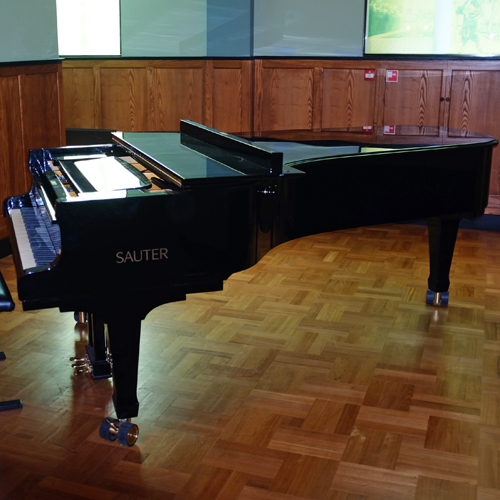