On the right-hand side of the Orgelpark concert hall you will find a unique Viennese organ. The curly facade with its embellishments suggests that this organ was meant for everyone, just like the barrel organs that used to adorn the Amsterdam streets with music. Looks are only partly deceiving in this case: the organ was built by Ferdinand Molzer, Jr., most active as a supplier of small barrel organs for carousels on the Viennese fair.

Molzer built the organ in 1925 for the Klinger family in Mödling, a small city to the south of Vienna. The organ was moved to the Huber family villa in 1941, in the Viennese Hietzing quarter. Molzer provided the organ with an automaton, just like his organs for the fair, and with a regular clavier. The automaton has most likely been lost during the move to Hietzing. 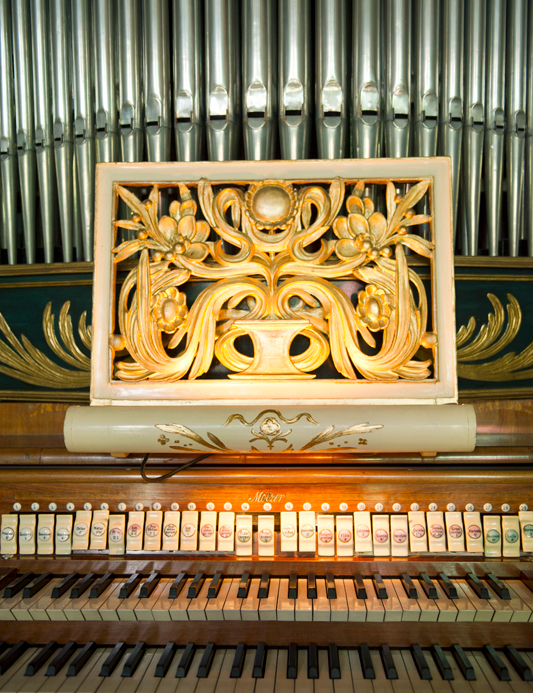 The Molzer organ flirts with the Sauer organ when it comes to sound, but its character is different: a bit brighter in the louder stops, and very romantic in the softer ones. Viennese organ builder Ulrich Aschermann restored the organ for its move to Amsterdam.

Download the disposition of the Sauer organ (in Dutch). 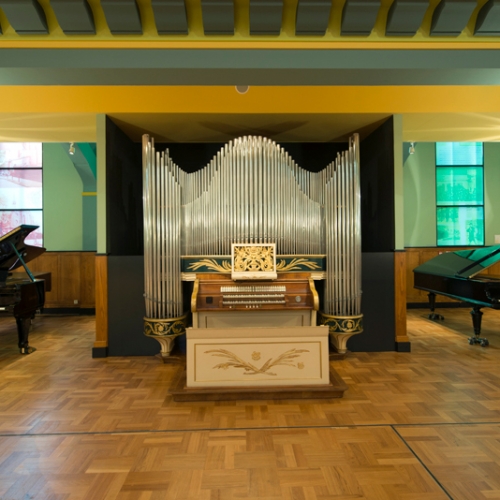