Pièce de résistance of the Orgelpark is the large Verschueren organ. It was built by Verschueren Orgelbouw in Heythuysen in the style of the 19th-century organ builder Aristide Cavaillé-Coll. It features 41 registers on three manuals and a front designed by architect Bas van Hille (BD-Architectuur).

This sizeable organ is an important addition to the Orgelpark instrument palette: where the Sauer and Molzer organs are the German and Middle-European interpretations of the romantic organ, the new Verschueren organ is the French one. 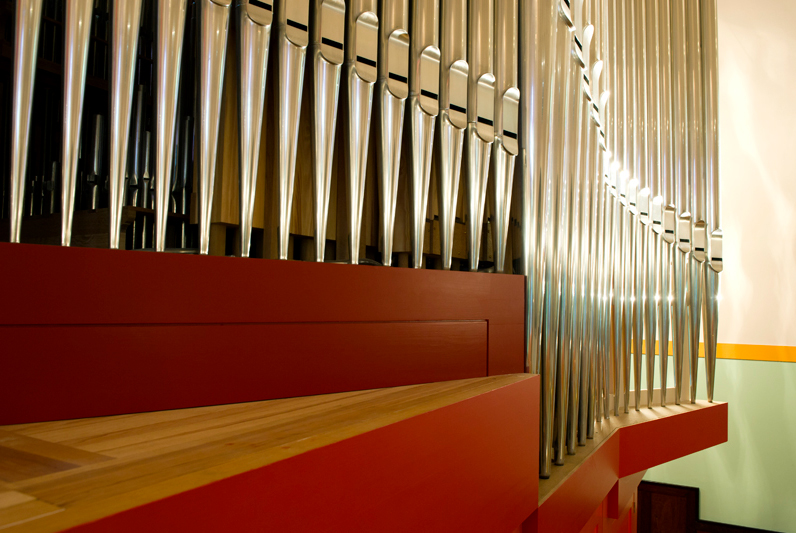 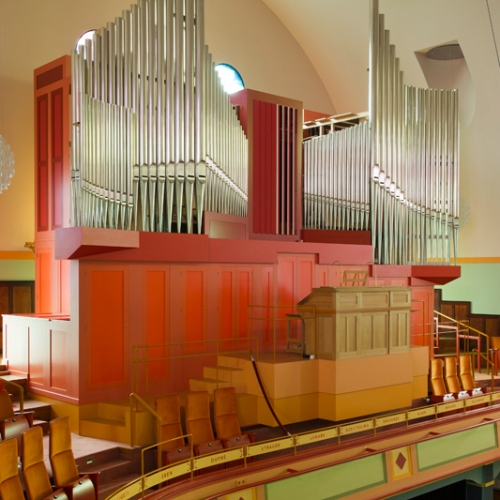