The Orgelpark owns the beautifully patinated cabinet organ built by Amsterdam organ builder Deetlef Onderhorst in 1767 for an unknown client. We do not know much about this organ's earliest history. We know that it was placed in the 'Oudeliedenhuis' ('Old people's home') on the Roetersstraat in Amsterdam in 1848. In 1953, the front was lowered at the top and the entire instrument was painted white. When it was placed in the Oude Kerk church in Amsterdam in 1977, it was restored to its original shape and the white paint was removed. The organ was fully checked and restored in 2001. 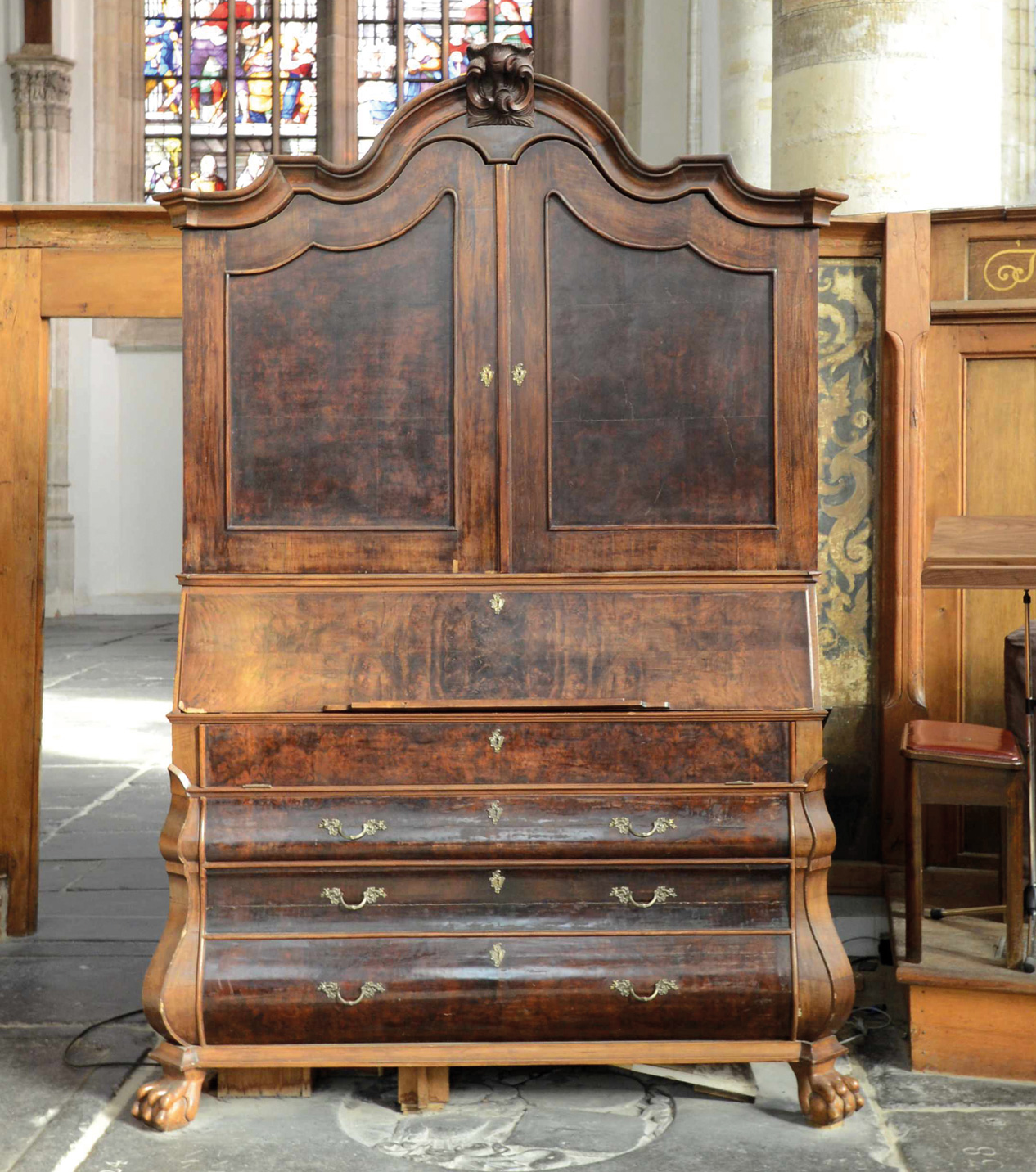 Deetlef Onderhorst – his first name is also written as ‘Dethleff’ or even ‘Didelof’ – was born in Northern Germany in 1715 or 1716; it is unknown when he died. He registered for a marriage license in Amsterdam in 1749, where he also had his workshop. He maintained church organs, but when he was commissioned to build new organs these were always for use in the home.

The home organs that Onderhorst and his colleagues built were so-called cabinet organs: one cannot see that these are organs when the cabinet doors are closed. By opening the doors, the front pipes become visible; opening up the bottom allows for the keyboard to be pulled out. The organist itself takes care of the required air: he (or she, because women often played music inside the home too) controls the bellows system with a simple pedal.

Onderhorst often used a standard register collection. Most registers can be controlled with two buttons: one to the left of the keyboard and one to the right. This allows the organist to choose whether a register only sounds in the bottom half of the keyboard (the 'bas'), only in the top half ('discant'), or in both. Such a 'halving' significantly increases the amount of possible timbre combinations.

Get to know the Onderhorst cabinet organ through the video below (in Dutch): 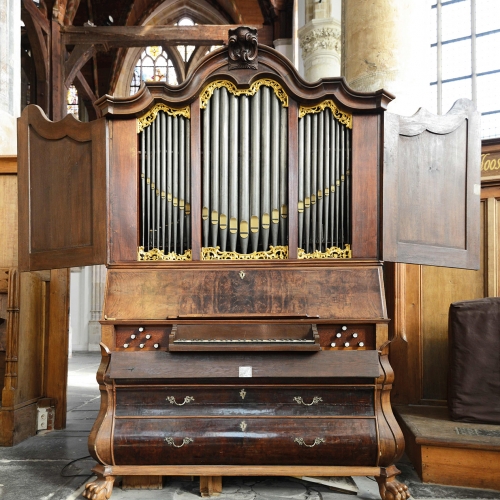